We are releasing the first RC version of Turris OS 5.0.1 in the HBT (Testing)

We will appreciate any feedback regarding this release.

same as in Turris OS 5.0 thread + node packages were not compiled due to this error:

Node fails to compile due to error: 'nghttp2_option_set_max_settings' was not declared in this scope

Shouldn’t there also be configuration for the PPPoE timeout hack?

Thanks for pointing it out. I somehow missed that. It is included in 5.0.1. I’m going to update my OP. 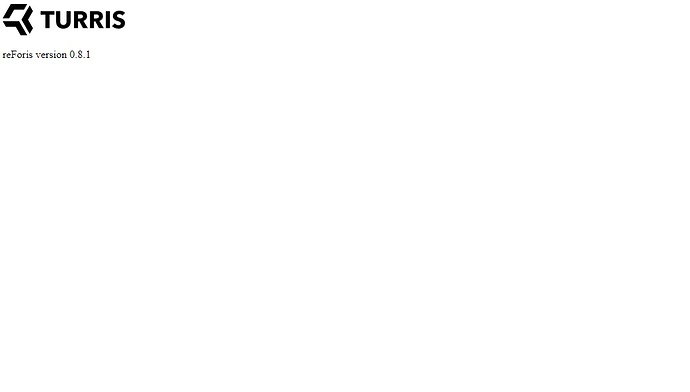 reForis is still in the experimental state. It was mention in other thread, however, it was caused by this error as some dependencies changed and reForis_JS build script failed, but the build of reforis proceed successfully.

This was something to easy to fix as it was necessary to just bump some dependencies in reForis to make it working again. This affected new/updated reForis packages. We haven’t postponed HBT release due to security vulnerability in gnutls, which I see it as the biggest priority for us no matter if some experimental things are not working at least in development branches including HBT.

If we would consider postponing things, which breaks we wouldn’t release any release because almost every time there is something to fix. For example, each build with every package takes 4 hours and we would release it to the testing branch today and the final release date would be postponed as well. It works in HBS for now and if there’s going to be another RC version, it will be fixed there, because it is fixed since yesterday evening in all development branches.

Shouldn’t there also be configuration for the PPPoE timeout hack?

yeah, I’m waiting for this one too

There’s something weird with updater or package(s):

here’s something weird with updater or package(s):

was mentioned in the other thread

inconsistent: Package knot-host requires package knot-libs that is not available.

Is a known bug (for quite some time) https://gitlab.labs.nic.cz/turris/turris-build/issues/41 , only solution is to forgo that package until the bug gets sorted (backlog label indicates that it likely will not be any time soon).

is it possible to update the package Adblock to 4.0.6 in one of the next RC versions?
The possibility to configure SafeSearch sounds good.

EDIT: unless the parts after dash are inconsistent between OpenWrt and Turris… I’m not confident about such details.

The possibility to configure SafeSearch

I had already noticed that it works, but what I mean is the possibility to select individual providers.
Currently, version 4.0.5 is installed on 5.0 HBS.
Release Notes 4.0.6:

3 posts were split to a new topic: Move syslog to /srv instead of /tmp

Device detection plugin started to behave strange - too many notifications, about the same device. Seems that its reinstallation helped.

Not working LED for 5GHz wifi started to work after update to HBT, but only till restart. After restart it is still not working.

reForis is accessible, but nothing is shown except Turris logo and reForis version. Reinstallation did not helped…

Can confirm that reForis is working.

The UDP port 1194 on my Omnia router is anaccessible after RC2 install and reboot … my OpenVPN server doesn’t work.

After %"Turris OS 5.0.1" RC1 upgrade, OpenVPN server stops working until I manually restart it. This seems to me lika a follow-up of #490

I can confirm that I had some unspecified (did not have an opportunity to diagnose) problems with OpenVPN not working on 5.0.1 RC1. After upgrading to 5.0.1 RC2 and rebooting things are working again.