I have been using the Shield for some time now and I am missing some functions (port forwarding, DHCP assignment above 106 ?!!?).
Is it possible to convert the Shield into a Mox (via software)?

I just started to gather info about the Shield router because I’m considering to buy one for a small project. I just found out that is a very software limited router but according the official documentation it has the same hardware as the turris MOX so I think it is very likely possible to convert it into a MOX, but the official documentation is very poor regarding this router.

I found this thread: Turris Shield - Factory Reset where some users flashed medkits of the MOX into the shield and it worked, maybe it a good start point. Is the SD on the shield accessible? I don’t even be able to find that. I suppose that the U-boot is different in the shield, but maybe it works only by flashing the mox-medkit.

There are (maybe) some useful information for your answers.

Indeed it seems to be a weaker MOX A with 512Mb of ram paired with a MOX E. Another route could be to directly port a Vanilla OpenWRT version since it sould be fairly easy to boot it. I’m considering buying one and try this.

In the meanwhile, internal photos could be useful to determine differences between MOX A and the included in shield, since according other thread there are missing components in the shield’s MOX board.

Here are some Pictures!

Thank you @Frank_Hamm for the photos!

As I suspected there are almost no difference between the Turris Shield MOX A board and the MOX one. The only major difference (aside from the memory module) is the SDIO header which is not soldered in the shield (as it is not intended to have wireless). Following is some photos of your board, and the MOX A (from the documentation) and another photo taken from the forum: 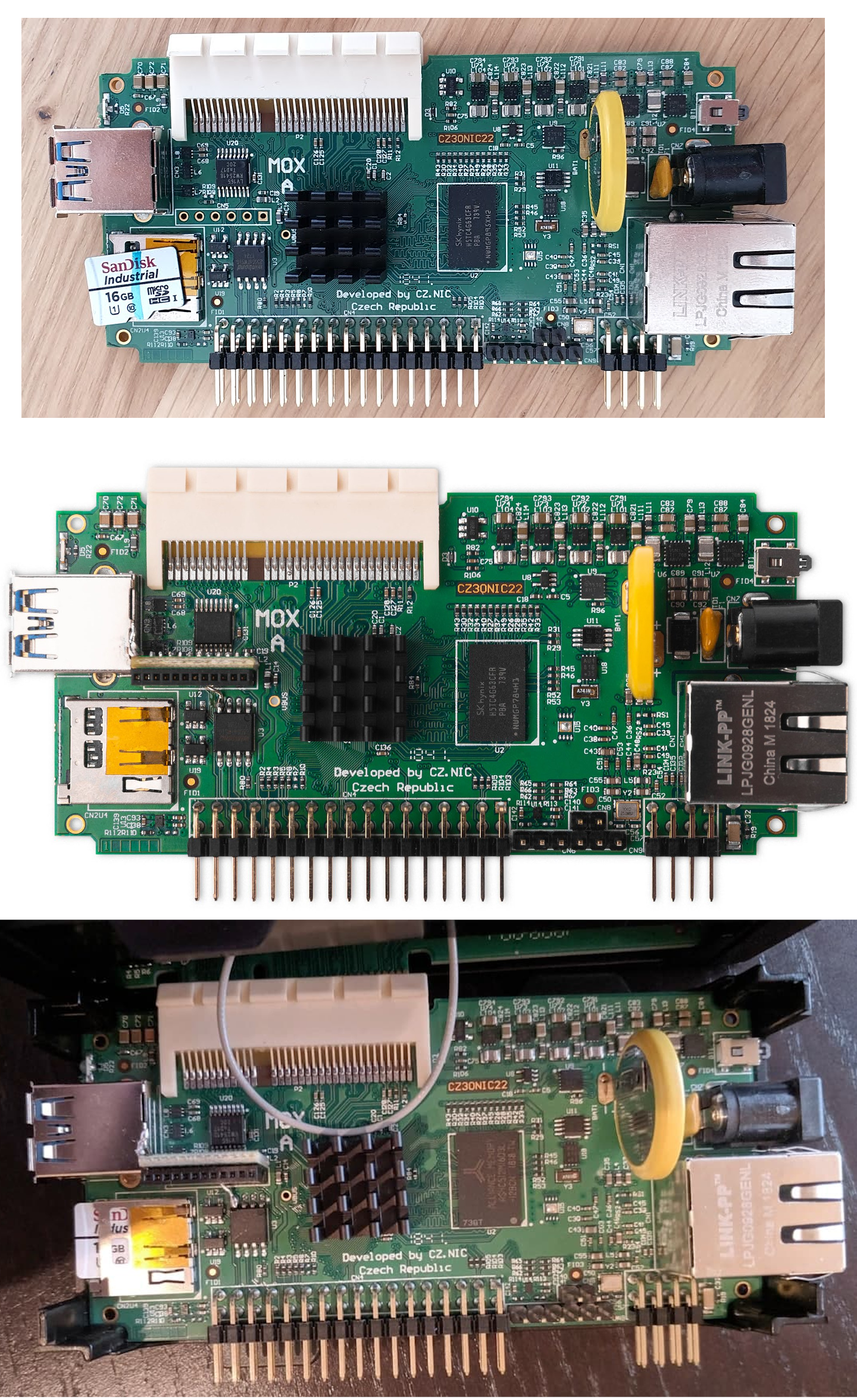 As you can see the one from the documentation even has 512 Mb of RAM so I guess that at some point there was MOX boards with 512Mb of ram (it is even described in the text that both version was available). One question regarding the case, is it as easy to open as the mox one?

If you have a spare SD card you could try to setup the SD manually and see if the router boots with the official MOX image. You’ll need a SD and a linux machine (it can be a live-cd) and follow the instructions from: https://docs.turris.cz/hw/mox/microsd/.

Please keep us updated if you try the MOX image.