I have set up the OpenVPN Server in my Turris Omnia (current stable version). I have ticked the option to route all traffic via VPN in the VPN Server. The connection is established fine from my wife’s iPhone (iPhone 6 with 15.4.1 iOS) with official OpenVPN client app. I tested the connection and I can step on the local IPs (such as 192.168.1.1) from Safari. However, the issue is that iPhone does not route the traffic for apps via the VPN so, say, the Nextcloud app doesn’t connect to the Nextcloud server (also hosted in Turris Omnia router).

Any idea how to make sure that an iPhone routes all traffic via the OpenVPN server in Omnia?

The identically setup works fine from my Android phone, no issues there. So, I actually see this as some iPhone mess.

Could it be that the Private Relay is enabled on the iPhone?

Learn how iCloud Private Relay—part of an iCloud+ subscription—helps protect your privacy when you browse the web in Safari.

Thanks @dkomrska, I have looked into the Private Relay. Switching it on/off didn’t have any impact on the issue. I still could route to my local network via browser only (the apps still didn’t route via VPN).
I was looking into this online and it seems that either it is a bug in iOS. 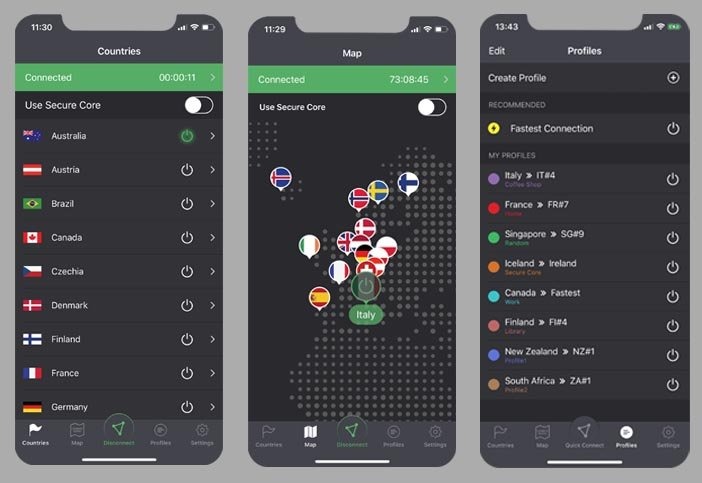 An unpatched bug present in iOS 13.3.1 and later could keep a virtual private network (VPN) from fully encrypting all traffic, leaving data and IP addresses exposed.

Or there is some more configuration required for iPhone.

r/Ubiquiti - ERX: All traffic from iPhone over OpenVPN not working

However, either case I am at lost as to why it is not working. Annoyingly, I don’t have this issue with Android phone.

Yeah, OpenVPN works differently than you’d expect on iOS. Try Wireguard instead - it works great, is easy to understand and simple to setup.

So to answer your question:

Any idea how to make sure that an iPhone routes all traffic via the OpenVPN server in Omnia?

So, the fix for the issue is to ditch OpenVPN. Cool.

Had the same issue. You just have to provide the correct setting to be able to reach outbound. And btw forget the official vpn client. It sux. Use the free Passepartout instead. It has lots of features and is stable. Like known network support, multiple configs including preconfigured external VPN services.

This topic was automatically closed 3 days after the last reply. New replies are no longer allowed.