Sorry if this has been asked before, I couldn’t find anything using the search feature.

Anyway, the GUI only allows me to create a single Wi-Fi network choosing either 2.4Ghz or 5Ghz. I can’t find any way to create a second 2.4Ghz network after creating a 5Ghz network or even to just have one network serving both.

Am I missing something obvious? I have spent the last hour searching the web and re-reading the Amazon product description to make sure I didn’t miss anything but there is nothing to hint towards the idea that this feature would be missing. 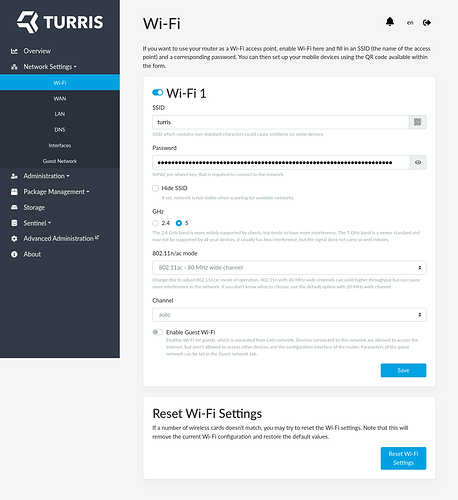 Allow me to summon here one of our support guys (cc: @Stepan), and he will gladly assist you with your issue as in Turris MOX: Classic, both Wi-Fi cards should be visible within UI.

I decided to reopen the MOX just to check if I was doing something stupid, and yup, I was. When I opened the MOX when it arrived before I set it up (just got a bit too excited) I didn’t put one of the components back properly.

For the next person who does the same stupid thing I did, the circled component has TWO sides with pins, not just one, and BOTH need to be connected properly (obviously): 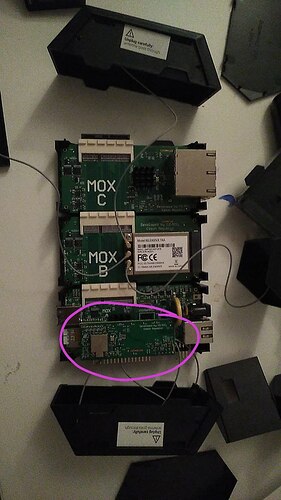 You would think one day I’d learn to first set something up, then take it apart for fun, but it is hard to suppress the childish curiosity that comes from MOX’s cute design (at least, a curiosity I haven’t felt since I got my first Fairphone)

Hmm, I’m afraid something is still wrong. While I can create the second Wi-Fi network, it doesn’t show up on any of my devices regardless of how it is set up.

Could it be something is still not connected properly? Are there any teardown videos or guides describing everything? My web searches keep coming up empty, sadly.

Hmm, I seem to be suffering from Bought a new MOX Classic: SDIO Antenna Cables are (accidentally?) not connected to SDIO-Board? as well.

In that topic @0x556c79 stated “Just connect them again”, but as a complete newbie to this my question is obviously: how? Can anyone please provide a picture of where exactly to connect these to? Thanks

you can attach the pigtails to the connectors on both sites of the big chip. 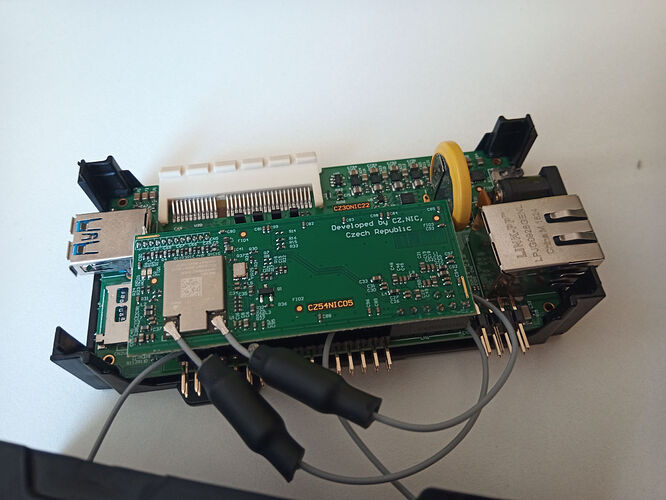 Make sure that the pigtails go around the SDIO connector (but not pinched) as it is shown in a picture.

Connecting those took me way longer than I’d like to admit and the first time despite them being connected it somehow didn’t seem to work so I redid it swapping them around (I can’t think of a logical reason why that would help, probably just wasn’t connected as well as I thought) but now it works perfectly. I have 2 working Wi-Fi networks now, so the few legacy devices in my network are happy too. Thank you @Stepan!

This topic was automatically closed 3 days after the last reply. New replies are no longer allowed.