Given the pinout details for the UART, can I assume 3.3 V as voltage? May I assume based on the +3V3 that it is appropriate to connect with that voltage level? I am asking, because this may be a convention, but I’m unaware of it. I only want to connect 4…2 anyway (i.e. “passive”).

The description is quite clear, I do not understand your doubts. Adapter on the UART side must be switched to 3.3V. On the other hand, there will probably be a USB with 5 V. 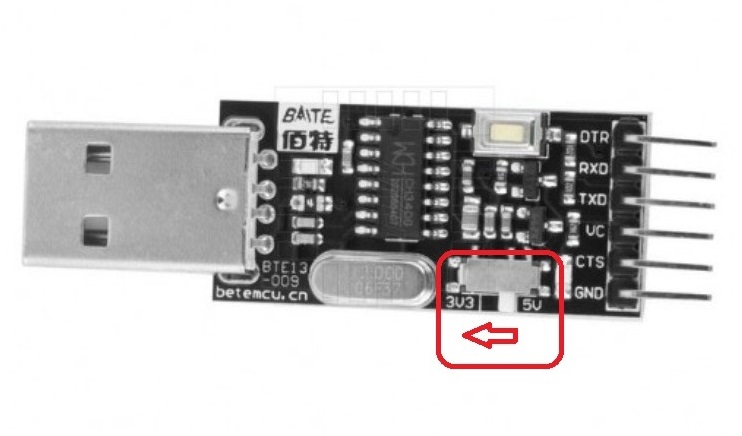 “The description”? I don’t see any on the pinout. And my question was merely regarding the voltage level of UART.

So great, that it’s 3.3 V as I assumed. Means everything will work without level shifting.

I had no doubts, but I also didn’t want to fry the hardware I was about to connect. 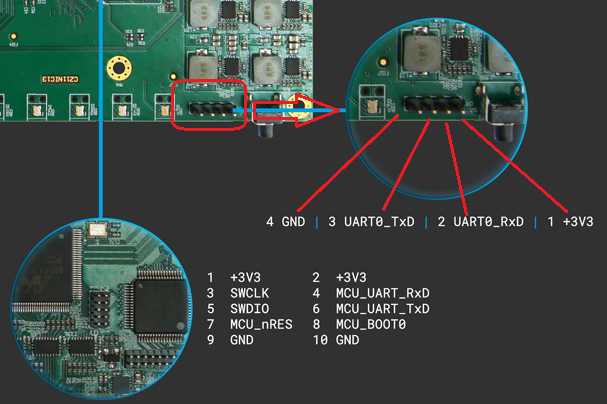 What I was asking was whether I can assume based on that label +3V3 for pin 1 that I can connect to RxD (pin 2) and TxD (pin 3) with 3.3 V (or whether there is a convention that basically implies this). And I explicitly stated that I don’t want to connect to pin 1 at all (because that’s not needed for my use case). So what I was “doubting”, as you put it, was not whether the +3V3 label for pin 1 was correct (I can measure that), but whether that holds true for the other two pins as well. After all digital signals won’t show up as a discrete voltage level on a voltmeter and I am not equipped with an oscilloscope. So better safe than sorry …

This may be perfectly logical for you if you are aware of such a convention, to me it wasn’t and in fact I still don’t know if this is a convention (which I could apply in the future) or whether it was an assumption that you tried without frying your hardware, for example.

Thanks a bunch for the answer in any case

You could also look into a datasheet of the TTL-232R-RPI data cable
that is mentioned in the official documentation: https:// docs.turris.cz/hw/serial/

That should be enough to provide you with safe voltage values I think.

But if you want the maximum allowed voltages, your best bet is probably to find the datasheet for the relevant controller that is used in omnia, which the official omnia HW schematics should help you with

Thank you for the additional information.