My Omnie temperature without internal HW adjustment in a no-load state is 68 degrees Celsius. The room is 22 degrees.

After 5 minut stress is thermomether 78 degres. The only modification is the location of the case. 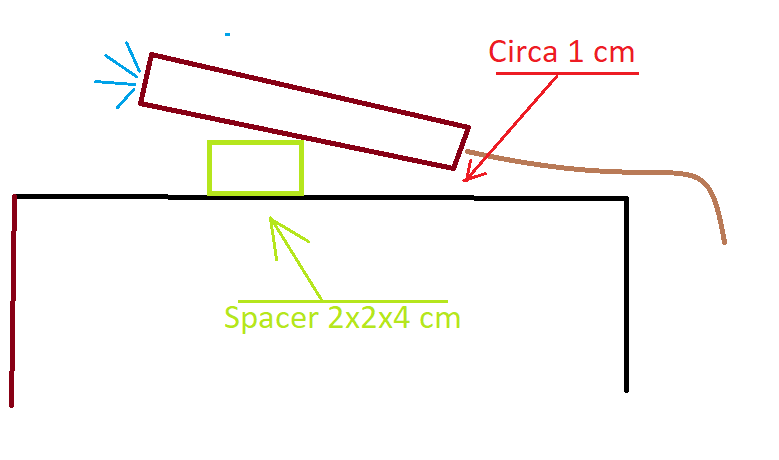 Right now my Omnia shows 69°C on idle, without any modification at all, outside temperature most likely very close to yours.

Hi,
I would like to just share my CPU heatsink modification. The target was to stay with passive cooling as I don’t like fan noise and dust.
Temperature after modification is:

after 20 minutes of CPU stress I reached max. 72°C 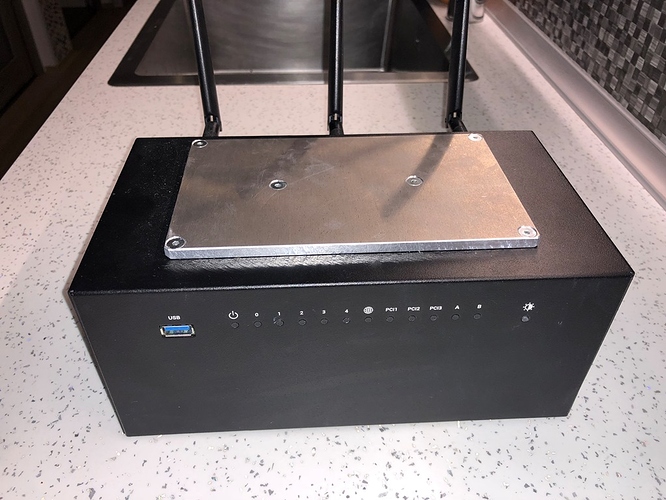 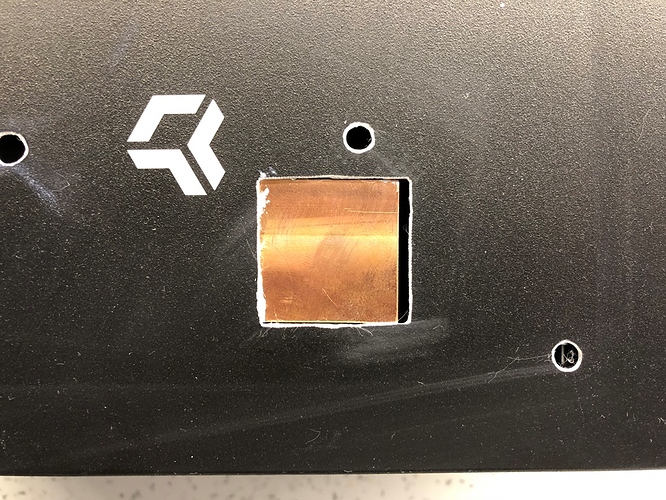 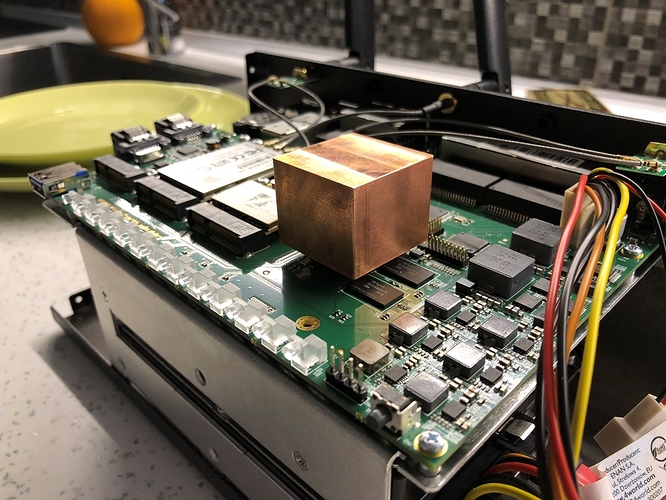 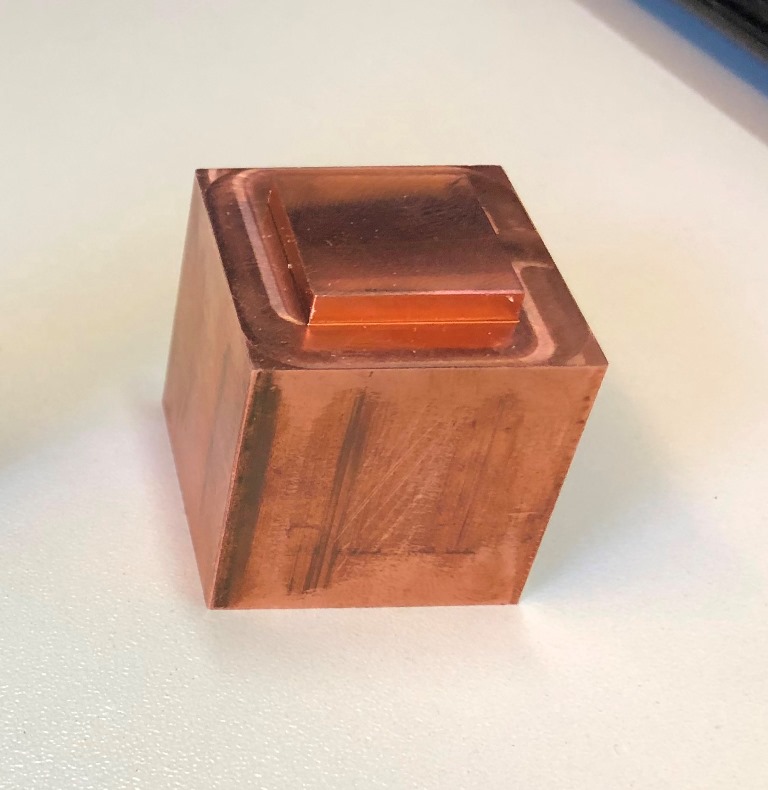 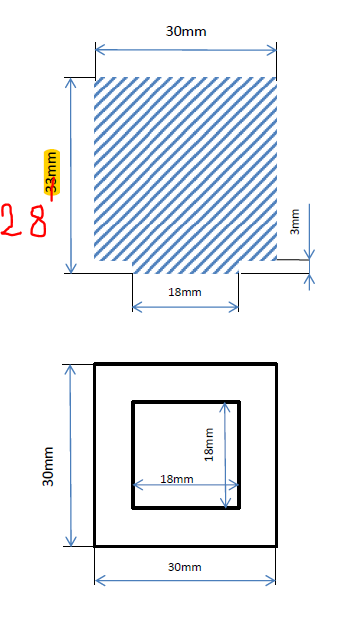 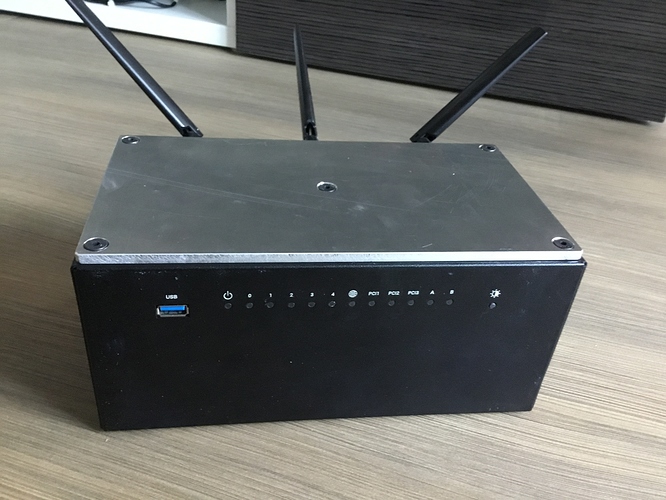 Although running at 70C-80C seems to be perfectly legit according to the Armada 38x specs as the chip’s operating temperature is up to 105C, I’ve tried to apply the solution recommended by @backon earlier in this thread just to see the effect.

I used the ARCTIC Thermal pad (1.5mm), few notes below:

The results are surprisingly good, my Omnia’s temp dropped from the usual 74C to 66C.

This is 8C (~10%) improvement just by applying the pad worth a few dollars. Neat!

I applied the modification described by TomasKapin and Bacon. At home there was about 26°C at the time of change. Before the change Omnia was operating in about 78°C when idle. After setting Arctic Thermal pad (1.5mm) on the top and bottom of aluminium it was about 69°C when idle and increased up to 80°C after 40minutes of stress test.

I picked up the newer revision of the OPOLAR laptop fan (with the temp display) recommended by @hdBerretz (thanks!) for my Omnia and it works like a charm. With the fan at 2/3 speed, it lowers the idle temp by around 11C - air and CPU (with pakon running).

The ambient temp in my flat is around 26C. At idle, the air temp reported by the fan is around 28C; the CPU temp is around 58C.

Regarding acceptable operational temperatures, I realize the CPU can handle rather high temperatures without issue, but I’m concerned for the mSATA SSD, which sits right next to the CPU, and is more sensitive to heat.

I have no idea what the temps are like inside the case under load, but I feel like a CPU running at 100C for any length of time could make the SSD dangerously hot, particularly if the SSD is also under load.

It’s a shame they didn’t put more effort in the cooling solution.
They just put a brick of aluminum on top of the proc. which is only held in place by the cover and some tim. I wonder if this solutions holds when the TO is operated in a vertical way.
If only there were mounting holes to mount a more efficient/elegant cooling solution.

I wonder if this solutions holds when the TO is operated in a vertical way.

It does, no issues there.

CPU heat sinks (passive) are likely the common place for SoC nodes, the only other way would be active cooling with fans and that would probably not fit the case.

but I’m concerned for the mSATA SSD, which sits right next to the CPU, and is more sensitive to heat.

It should be possible to query that info with smartctl -x

Unfortunately apps like hddtemp or nvme-cli are not available on OpenWrt | TOS.

I have just applied this. I have quite recently hit 118 degrees celsius in big load. During some networking error.

Now I have 60 to 70 idle and 85 during max stress. That is great improvement. 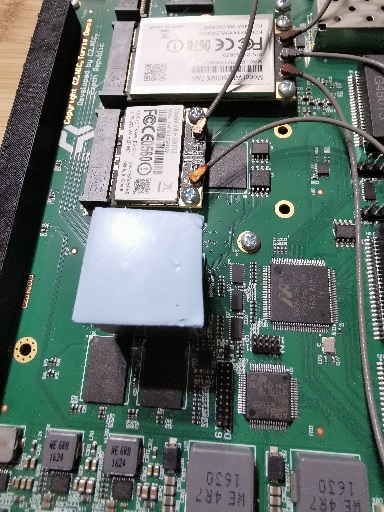 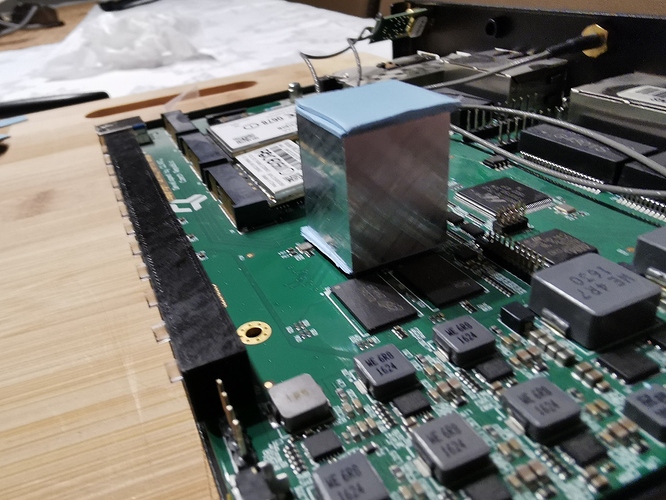 Anyway I decided to take the step anyway. Being unable to remove the block from the board I only applied the pads to its top. Here’s from a preparation: 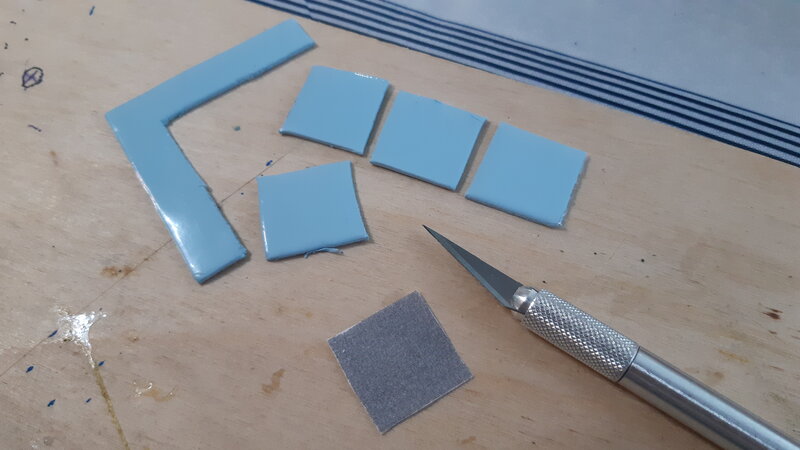 preparation800×450 52.7 KB
I had the case opened several times, completely forgot there was a thermal compound in the past 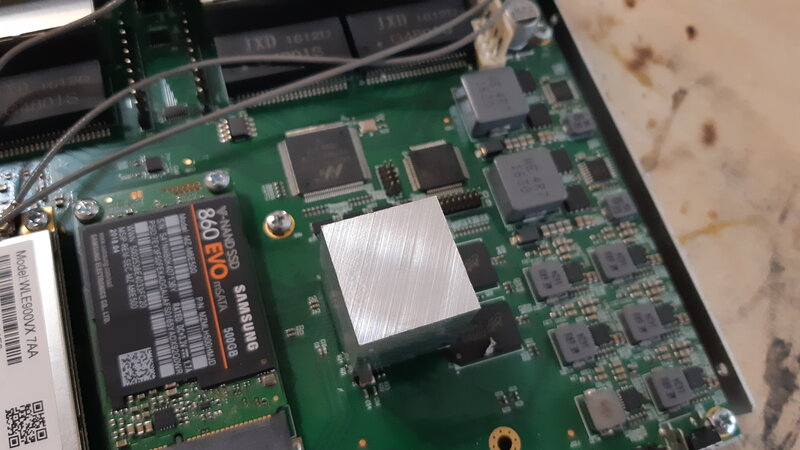 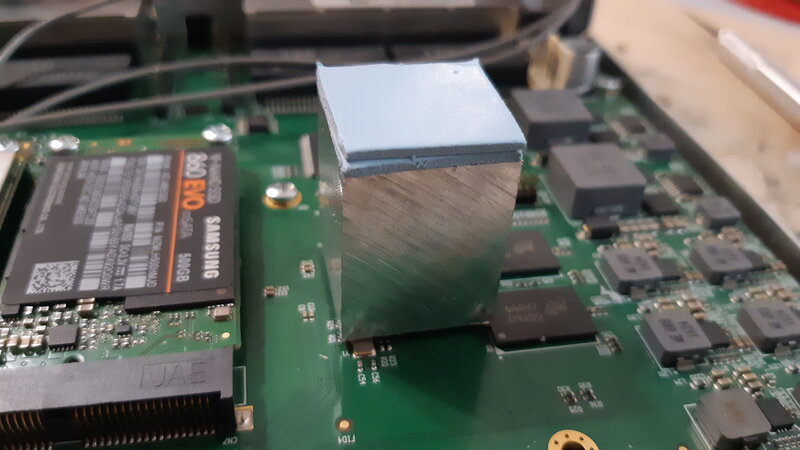 How did you attache the copper block to the CPU? Did you just use thermal pad (like the ones discussed in this thread)? I’m thinking of going with a similar solution but am worried that the block will slide off of the processor as I put on the cover.

Hi,
After all of the tries I ended up with the LOCTITE Super Glue. It will never come off😀

I’m kinda surprised that super glue has good thermal conductivity.
But more importantly, I was thinking about something less permanent in case I ever change my mind.
Thanks for the tip nonetheless.

Along with the new TOS 5 clean installation settings, I repeated the CPU cooling adjustment.

There’s a patchset that adds cpuidle support. It’s extremely unstable though. Freezes the router on high I/O. TurrisOS3 has it included.